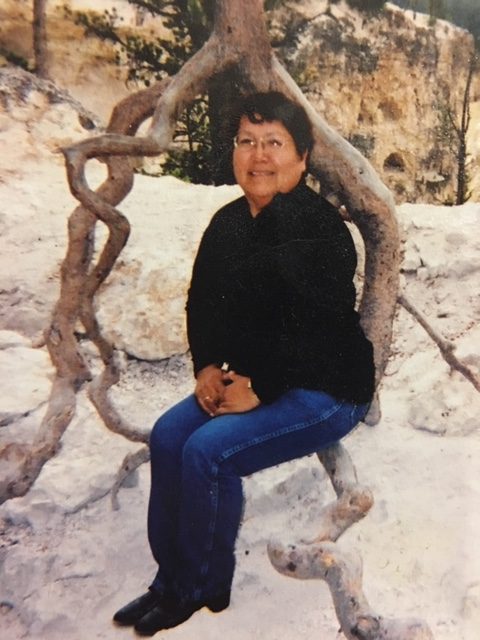 Rogene Seaboy-Dogskin “Yuoicihan Hdinazin Win” started playing softball with her younger sisters and brother at a very young age. Her dad & older brother would make her throw a ball through a hanging swing tire for practice while it was moving. She went on to be an awesome fast pitch pitcher, catcher, and shortstop. She also played slow pitch softball for most of her years playing. She loved the sport and traveled to countless tournaments and played until her knees wouldn’t let her play anymore. Rogene played with the first women’s Native fast pitch team to make it to the Nationals. The team was from Sisseton, SD and they were called the Mayasan Women’s Fast Pitch team. When she moved to Cannonball at a young age she played with the Cannonball Lady Spoilers and made many softball sisters she loved very much. When she couldn’t play anymore she became her daughter’s and son’s biggest fan and even won a “Best Bleacher Butt” award for being the biggest fan and never missing games to cheer them on.