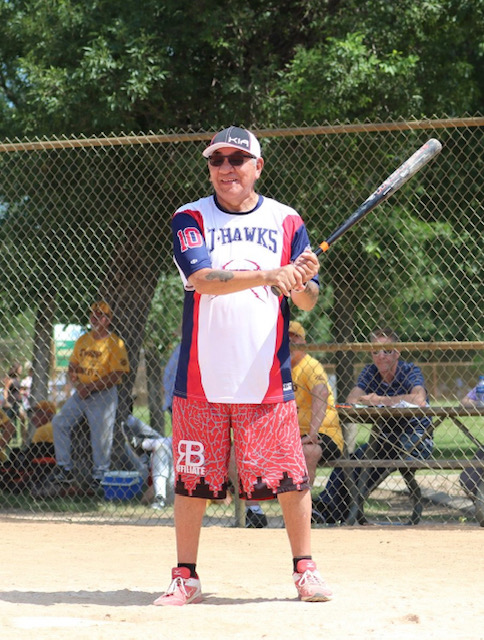 Butch Thunderhawk “Mahto Ohitika” started playing ball in his very early years in Little League baseball in 1955- 56 in Los Angeles, CA, then began playing baseball. He had a love for the sport so he continued on to play fast pitch in 1966 for many year then began playing slow pitch in the late 90s. You can still find Butch playing the sport he loves with his T-HAWKS team wearing his #10. His smile is as big as swing and if you have a minute or two he can tell you some great stories of back in the day when he played with his brothers and nephews on the T-HAWKS team. When he’s not on the field or watching the Red Sox you can probably find him at the Thunderdome at UTTC keeping score during basketball games while cheering on his favorite basketball team, UTTC Thunder. You can also find Butch creating beautiful pieces of art as he is a well-known & accomplished artist, especially for his ledger art drawings. Butch has taught his amazing art techniques and passed it down to many students at UTTC for 46 years and is still teaching there!